This Site is seeing more traffic as of late- and I just wanted to let everyone know that the WCU Club is currently inactive. A club has been formed for the Alumni of the university, and to further support students who may wish to reactivate this club in the future. If you are a student or Alumni looking for more information on reactivating the student club, or joining the Alumni club, please reach out to Daniel, W3WDD.

We appreciate the support from everyone, and will not forget the fun times we have had as a student body of HAM Radio Operators! In the mean time, this site will remain online as an archive of things we have done in years past. Please feel free to browse and enjoy!

Our Next Club meeting will be Thursday, March 27, at 7PM in the Dogwood Room. The Dogwood Room is located inside the UC on WCU’s Campus. 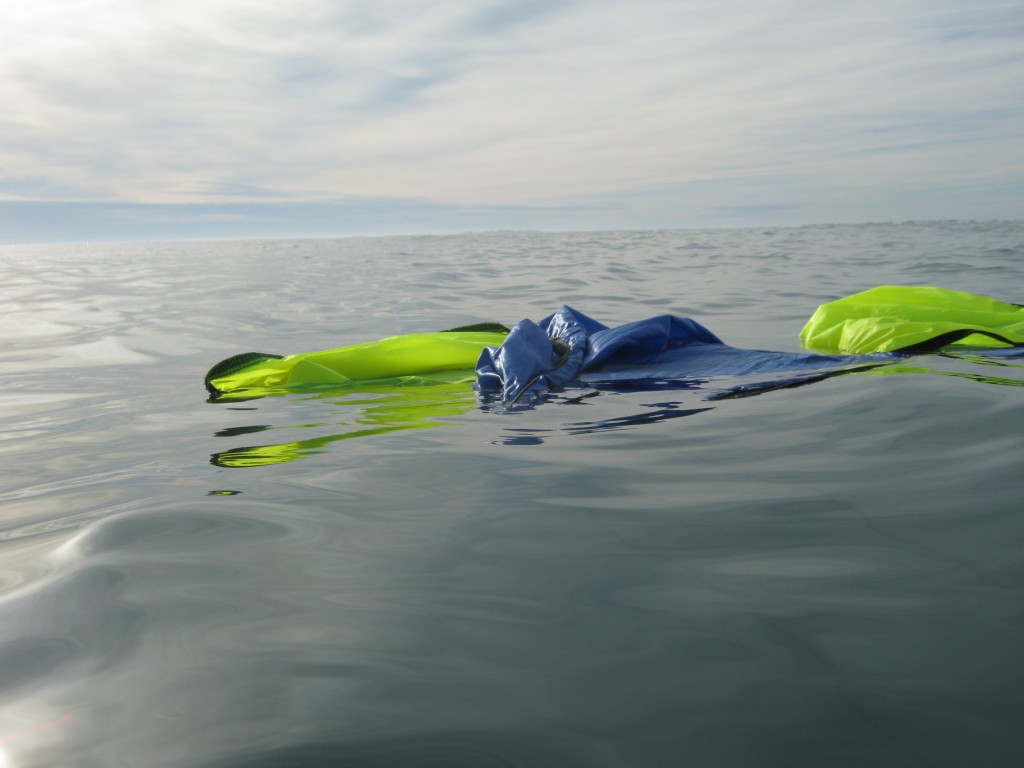 Our Next Club meeting will be in the Dogwood Room, at 7PM on Thursday February 27, 2014. This is located inside the University Center, at WCU.

Talk in on the K4WCU repeater, or by calling 828.5151.HAM We look forward to seeing you there!

Catamount 7, originally projected to land within the central area state of North Carolina, has come to rest just northeast of Quinby Inlet, VA – in the Atlantic Ocean. The US Coast Guard has been alerted to the payload and is aware of it’s position, and we hope that one of their vessels (or perhaps another HAM or Good Samaritan) will be able to recover and facilitate return of the payload. If recovered, please send email to email at WCURadio.com or call us at 828.515.1426. The APRS Beacon continued to function for hours after landing, however it is believed that the batteries inside the payload are now likely depleted. Any further information pertaining to the Cat 7 or it’s recovery status will be amended to this post.

UPDATE: 2.8.14 11:28AM – Payload Discovered on Nags Head Beach, Nags Head Police are in the process of recovering the payload at this time, Much thanks to Penny H, and Doreen D, of Poquoson VA for finding and reporting the Balloon. We Expect to have it back sometime soon with the help of these two great locals!

UPDATE: 2.13.14 2:03PM – Payload Housing found for Radio Tracking Payload. The gear from this box appears to have floated (or sank) away, and the elements installed on the box were not enough to hold the remaining electronic inside. This box was found by Hugh R, of Southern Shores NC. 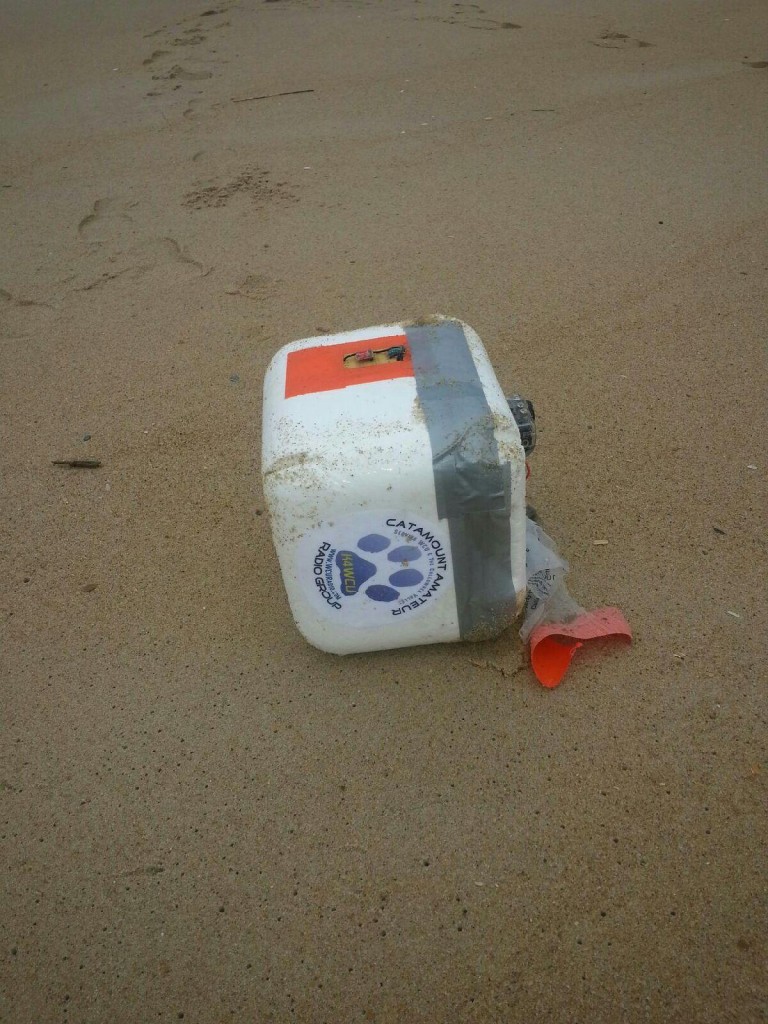 Catamount 7, Scientific Payload Discovered this morning around 11:30AM by Penny H, and Doreen D. Photo Credits to Them as well, Shared with permission. 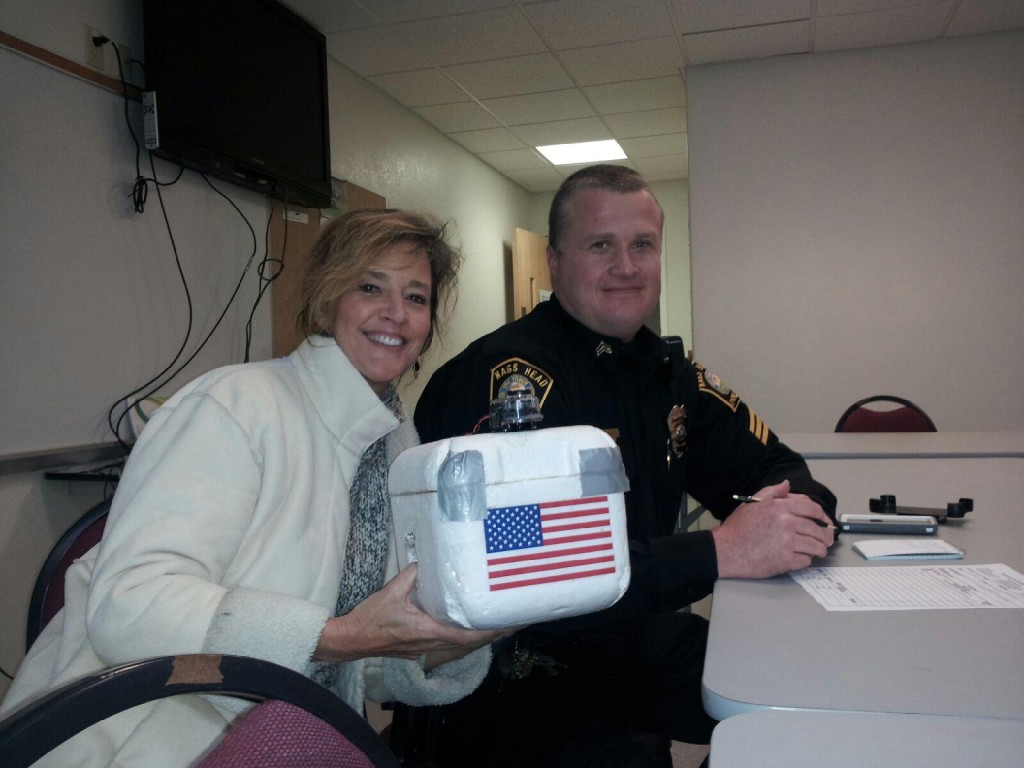 Here is Penny at the Nags Head Police Dept. With the Catamount 7 Scientific Payload, What an awesome sight! 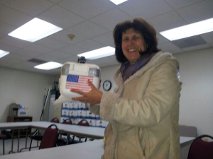 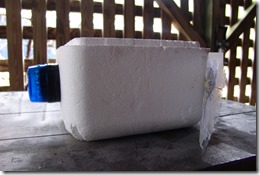 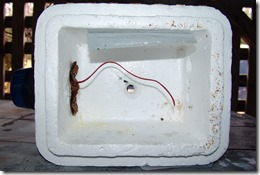 The Catamount 7 Flight is be scheduled for launch on Feb 1, 2014. We look forward to all the support, and tracking we will get from all who are interested! We will be flying the callsign K4WCU-11, and at this time will be launching from the Jackson County Airport.

If you’d like to follow events up to the launch, feel free to join our Yahoo-Group, “Cullowhee” at yahoogroups.com

Our Next Club meeting will be on Thursday the 14th at 7PM in the dogwood Room, UC, at WCU.

Following the meeting we will all proceed to Cullowings for a great beverage and some food. Join us! 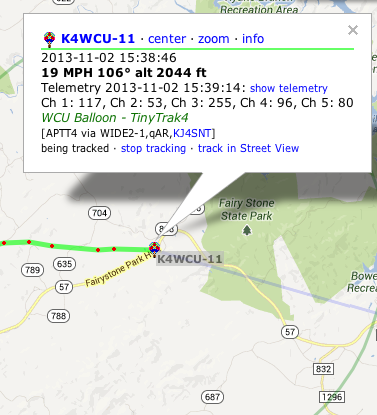 We Look forward to seeing you there!

The Jackson County Amateur Radio Service will meet for the first time nearly two years this coming monday at the Jackson County Community Service Center, in Room 234 at 7PM. Come Join us for the exciting revitalization of the county’s club! Talk in will be on the KF4DTL Repeater (147.345+ 151.4) or call the club’s number (828) 515-1426 for assistance.